Headphones are one of the most loved gadgets these days, especially for audiophiles. The headphone industry is a destination for many investors.

Through decades of innovation, headphones are becoming more sophisticated to meet the user’s needs. The story of the headset is very fascinating.

So, when were headphones invented? In 1910, Engineer Nathaniel Baldwin created the first pair of true-sounding headphones.

This version has a similar structure to most traditional headphones today. Soon after, the US Navy ordered up to 100 units, which were made entirely by hand.

To dig deeper into this device, let’s dive into the exciting information below!

When Were Headphones Invented? 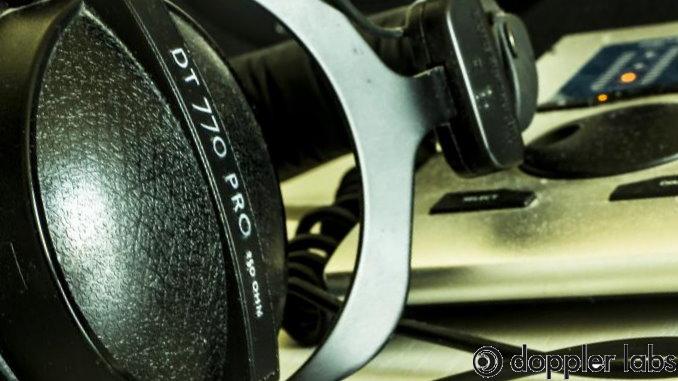 When Were Headphones Invented?

The forerunner of today’s headsets first appeared in the nineteenth century. However, this device did not have a headset name, nor did it have the same design as it is today.

Who Created The MP3 Player? Everything You Need To Know

In 1880, Ezra Guilliland invented the “headphone”, specifically for switchboard operators. The purpose of this audio device in the nineteenth century was not for listening to music today. Instead, the headset serves to listen to telegrams,

When the telegraph was at its peak, the switchboard needed to improve the efficiency of electric wires and cables constantly. Without a switch, each phone would have to be directly connected, requiring a lot of cabling.

“Headset” was born, successfully connecting the callers’ phones by clicking to the switchboard’s cable.

By 1895, people had gradually used the headset as an audio device, but it was still not completely removed from the telegraph service.

In this era, the sound source was direct sound at the theater instead of smart devices today. The telegraph system will play an essential role in transmitting sound to each house.

Meanwhile, headsets will be the definitive source, bringing the sound from the theater to the listener.

Although the operation principle of these primitive devices is quite similar to current headphones, in the end, the sound devices of the 80s of the 19th century are not considered modern headsets.

The reason lies in the different purposes of use and the design that is somewhat different from the devices you are using today.

The device invented by Ezra Guilliland has only one earbud and needs to be connected to a stethoscope for transmission.

Although it doesn’t have the entire sides of today’s designs, the tool is still quite heavy, with a weight ranging from 6 to 11 pounds.

Therefore, if you want to use these primitive devices, you need to use your hands to secure the product.

The Evolution Of Wearable Headphones

Although shaped like a modern product, the device used by agents in the nineteenth century could not be considered one of the first headsets in the world. Instead, this title refers to the following names:

Not the original design that appeared in 1880, the 1910 invention of an American Nathaniel Baldwin was the world’s first modern headset model.

The purpose for Nathaniel Baldwin to design a sound generator was simple: he could not hear the sermon at the Sunday service.

And like any other inventor at the time, he submitted his prototype to the US Navy. In the twentieth century, the United States Navy was using radio systems to transmit messages.

However, the product that plays the sound cannot free the phone user’s hand. Baldwin’s latest design solves this problem very well. It is therefore understandable that the navy quickly ordered 100 products from him.

A rather interesting point about this industry-changing invention: Baldwin refused to apply for a patent because his design change wasn’t dramatic enough to be considered a creative invention.

It was this refusal that caused Baldwin to lose many opportunities to get vast sums of money. 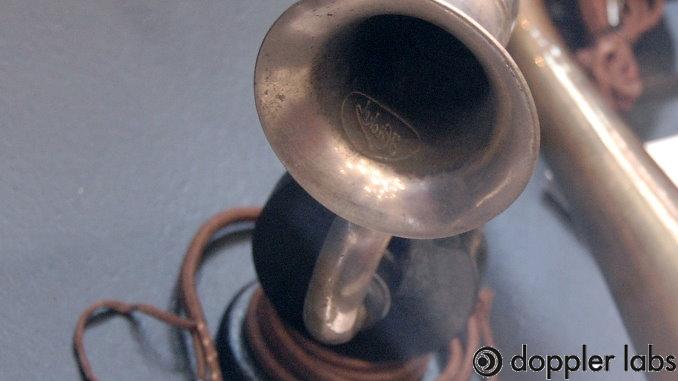 Baldwin’s design was quite close to today’s modern headsets. It featured two ear cups connected by a headband – a design that became classic years later and continues today.

In early models, the unit provided only mono sound. But in the end, the sound quality of the product was also quite impressive at that time. 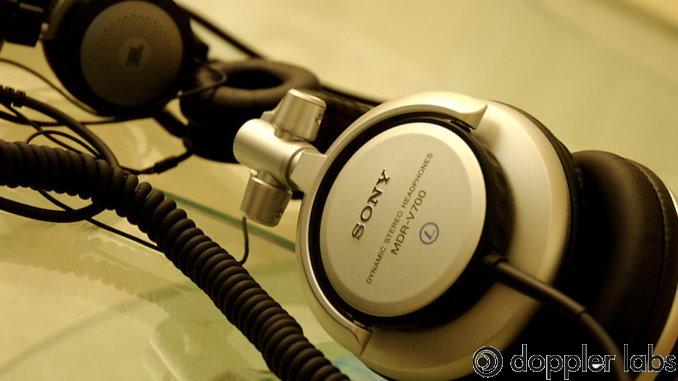 After the first form of modern headphones appeared, this device has undergone many improvements and innovations to serve better the needs of professional music listening.

Pioneering in design reform are engineers from Germany. In 1924, Eugen Beyer founded the Elektrotechnische Fabrik Eugen Beyer loudspeaker company. By 1937, the company had researched and released the first dynamic headset.

The arrival of Beyerdynamic marked a brilliant milestone in the history of the development of high-quality music equipment. To this day, the brand’s DT 48 model is still present and asserts superior quality over Baldwin’s original Radio Head-Set model.

The history of headsets even turned a new page in the 1950s, when stereo sound was born, the person listening pleasure was increasingly emphasized. The above historical condition requires a new standard for the headphone connection port.

Then, in 1949, AKG – an audio equipment manufacturer from Austria, launched the K120 DYN monitor headset. Not long after, John C. Koss made an essential contribution to audio innovation: inventing the first stereo headsets and standardizing the types of ports for this device.

These innovations bring new products and ignite a new style of music enjoyment: the experience through headphones.

The Appearance Of Foam Phones And Earbuds 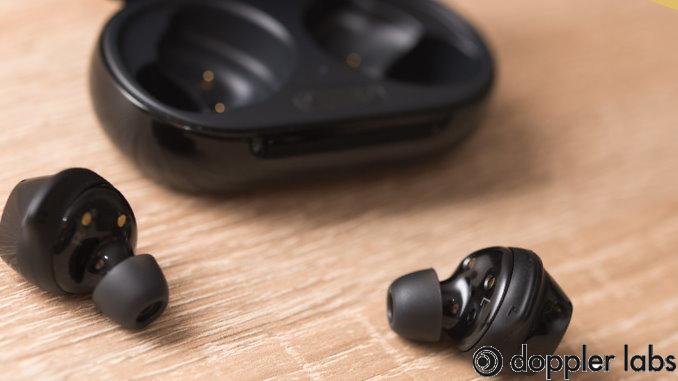 In the second half of the twentieth century, the headphone industry made great strides with the emergence of a series of leading corporations specializing in providing audio equipment.

Sony, Philips, Onkyo, and Sennheiser joined the game, constantly improving their products while not forgetting to offer attractive prices to convince buyers.

And more importantly, this moment saw the birth of earbuds.

In-ear headphones first appeared in 1954 as the Regency TR-1, which was very suitable for transistor radios. Therefore, it is not difficult to understand that along with the popularity of the Walkman; earbuds are increasingly occupying and expanding the market.

But in-ear headsets became a trend when Apple introduced the product in 2001. Very quickly, like other Apple products, the product redefined a new standard.

In this case, the new standard that Apple’s in-ear headphones bring is in line with the living standards of young, reasonable, and economically well-off intellectuals.

The Future Of Headphones 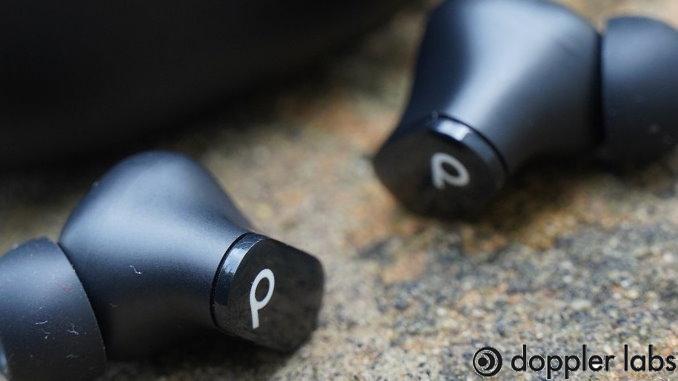 When we look back at the development from the first models to the present time, we see how far headphone technology has come. As new products replace traditional models, it’s hard to predict the future of this billion-dollar industry.

There’s been a pretty clear shift from wired headphones to a wireless version for the time being. When Apple boldly removed the 3.5mm jack on the latest iPhone models, wireless headphones have reached the pinnacle when a series of other brands have also begun to turn to the trend of producing this type of headset.

Therefore, it can be that Bluetooth technology, the wireless connection, is a new standard for headsets in this period. But if we look further, can headphones be both an output device and an input device in the future? Or surround sound technology with the arrival of VR will come closer to many people.

No brand can claim that the product launched is perfect and completes the headphone innovation process.

In fact, that process is still happening every day, every hour, bringing more amazing changes, more valuable functions. And also, because research and updates happen so often, our future sounds more mysterious.

In addition, you can watch this video for more information:

The history of the formation and development of headphones is fascinating. The information related to this device is equally interesting.

What were the first Bluetooth headphones? 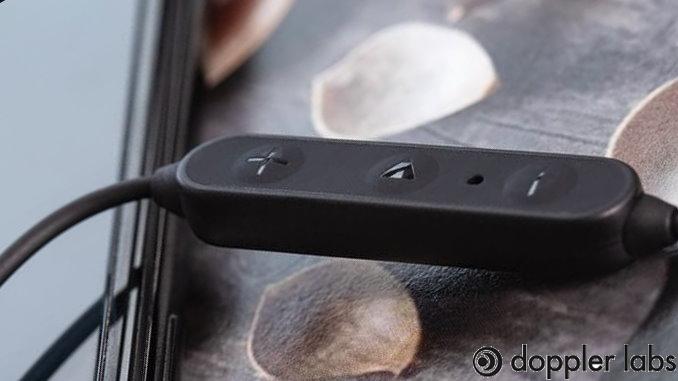 The first device to use Bluetooth technology was the Ericsson mobile phone headset, which appeared in 1999.

In the early years, Bluetooth technology was only compatible with phone headsets because the transmission speed was relatively slow.

Next was the introduction of Bluetooth 4.0 in 2011, creating a leap forward and promoting wireless transmission technology’s current development.

How many types of headphones are there?

As the name suggests, closed headphones have a sealed shell. The product has a high soundproofing ability and can block outside noise, which is very suitable for outdoor use. In addition, this type of product also has excellent bass performance.

Meanwhile, open earphones have an empty shell, which can allow air to circulate. The product has poor sound insulation, causing considerable sound leakage.

Over-the-ear headphones cover the entire earlobe, so the sound outside will be blocked entirely. On-ear headphones, on the other hand, use ear pads between the earlobes. This type of headset is smaller than some over-ear types but can cause ear pain when used for a long time.

Wired product design, which can connect a headphone cable directly to an audio device, is one of the most classic designs. But in recent years, there is no denying the popularity of wireless headphones.

Stereo headphones will emit different sounds on the right and left sides. From there, listeners can experience three-dimensional sound effects.

In contrast, surround sound is characterized by the sensation of enjoying the sound that surrounds the ear.

Is headphones input or output?

There is no one clear and correct answer for every product to this question.

Because when you connect the headset to playback devices such as smartphones, computers, the headset will be the output when receiving the output information.

Meanwhile, for a product with a built-in mic and you use the mic to talk, the headset is the input device to transmit information.

What is the difference between earphones and headphones?

The fundamental difference lies in the scope of the two terms.

“Headphones” is used to refer to any device that converts and plays audio. While earphones are a term for a headset type, the meaning scope and number of products are much smaller than before.

How long should headphones last?

The lifespan of your headphones depends on the type of product you choose:

Wired headsets have an average lifespan of one to two years. Broken wires and poor-quality jacks can significantly affect the life of the headset.

The average lifespan of wireless headsets is two years. The real-life of the product depends on the manufacturer, the duration of use, and, more importantly, the device’s battery.

Because repeatedly charging will lead to a decrease in the system’s quality, which may cause the battery to bottle, explode, and become unusable.

The above figures are only average calculations and are for reference only. Besides, you can completely extend the product’s life by regular maintenance, preserving the product from harmful agents such as sharp objects, chemicals, liquids, and more.

Looking at the current popularity of the headphones and going back to the time when headphones were invented, you are indeed surprised at the changes that have and will take place.

At the same time, the surprise also builds confidence in the future of the audio industry: better user experience, better sound with more innovative features.

If you have any other questions, don’t hesitate to leave a comment below so we can promptly respond.

Last but not least, don’t forget to share this article with your loved ones who may have a passion for history and technology. Thank you for reading!