If you’re an audiophile and want to improve the sound quality, then you will need a DAC. So, what is a DAC? In this piece, you will find everything you need to know about DAC.

This article provides an introduction to the Digital Audio Converter DAC. If you have no idea what is a DAC, this is right for you.

First, I’ll describe the basics of DACs before going into how they work and what makes them different from other types of converters. This article serves as a useful guide for first-time users looking for information on how to convert analog signals into digital signals.

What is a DAC?

The digital-to-analog converter (DAC) is an electronic circuit that takes a digital bitstream and converts it into an analog signal. It’s a device that converts binary code into a continuous analog waveform. The term DAC refers to both the class of devices as well as any individual device.

DACs and ADCs are members of the larger class of digital-to-analog converters (DACs). They’re both used to convert digital signals into analog, but they do so in different ways: DACs convert discrete binary numbers into continuous values, while ADCs sample discrete values and encode them into binary.

What is a DAC amp? 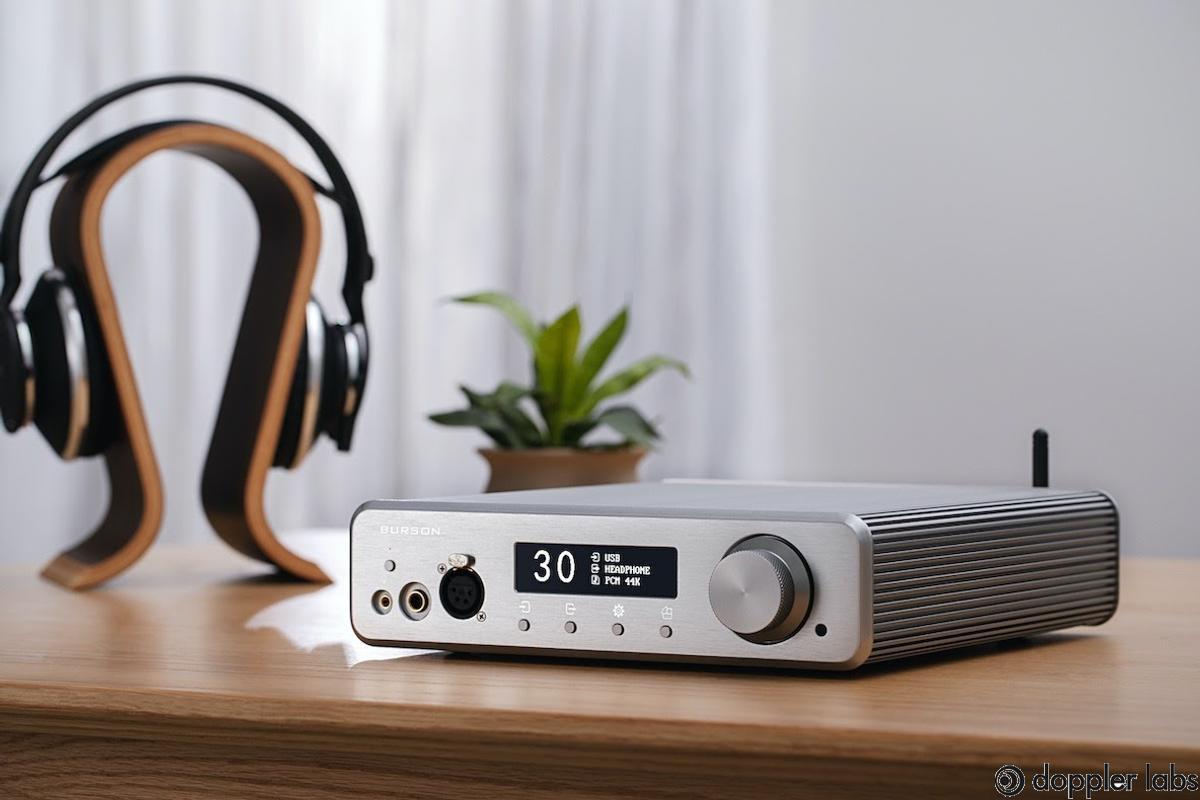 A DAC amp refers to a class of devices in which a digital-to-analog converter (DAC) is combined with an amplifier. Many DACs don’t have built-in amps, so they need to be coupled to an external amp in order to be used. That’s why it’s common to see DACs with two or more connectors on the back: one for connecting the source and another for connecting the power amp.

DAC amps are mainly used in digital entertainment systems, such as home theater and gaming consoles. They are also widely used for analog audio equipment, such as tape recorders, mixers or voice recorders.

DACs are essentially computers that translate numbers into analog signals. A DAC converts a digital stream of 1s and 0s into an analog signal. A DSP is a chip with multiple digital-to-analog converters on it, each one taking one of several digital inputs and outputting an analog signal. Because the chips are essentially machines, they have to follow some rules. For example, a chip like the AK4396 uses both positive and negative feedback mechanisms to control the output voltage.

For a simple DAC, there are three main components: the input, the output and the control circuitry.

The input stage can be simple, using a single-ended op amp to amplify an audio signal. In that case, only one of its inputs should be connected to a digital source. However, it’s a good idea to leave this input open with the ground and to use two jacks instead of one for redundancy.

The output stage uses a differential amplifier to drive the power output to the speakers or headphones.

The control circuitry is where silence and other signals, such as the clock, are processed before they get passed on to the output stage.

Despite their complexity, DACs can be built on very simple hardware.

What is a DAC Used for?

A DAC is essentially a computer, but one that processes a stream of digital signals and converts them into an analog signal.

One of the problems with digital music is that it takes up far too much space – CDs have been around for over twenty years yet most still hold around 80 minutes and most tracks are less than five minutes long. So what we really need is a way to compress the sound files so they can be stored on CD-quality audio CDs that would hold more than an hour’s worth of music.

Digital audio is not as simple as it seems. Music files that you download through iTunes or Spotify are encoded using various standards, including MP3, WMA, AAC and FLAC. There are also lossless files that you will want to look for when looking for music to download. Without a DAC, you will not be able to get the full sound experience out of your music tracks.

DACs are very popular with audiophiles and sound engineers because they improve the quality of music files. A better quality file will have less distortion that will be easiest to hear when using a good DAC. For example, MP3 and AAC files often have much higher amounts of distortion than FLAC or WAV files.

However, there are other factors that make it difficult for digital audio to excel over analog audio. A DAC can only improve the sound of a source file that is already clean or has minimal distortion. If your source file has lost a bit of the original information that makes up its sound, then the DAC only manages to restore some of that information, but will never improve on it.

What Is an Audiophile? Signs and Related Equipment

The Top 10 Best Audiophile Headphones You Can Get In

If you use a decent pair of headphones or speakers, then you will be fine with them as long as your music files have been encoded in a high-quality format. If your music is encoded in an uncompressed format, such as WAV or FLAC, then it’s a good idea to get a DAC if only to appreciate the full sound quality.

Many devices, including televisions, computers and smartphones come with audio outputs that pass on digital signals. If your speakers or headphones are connected to a digital audio output, then you will need a DAC.

The truth is that the quality of your digital music files is a higher priority than whether or not you have an external DAC. In fact, if you play around with various high-definition digital formats, you may find that some sound better than others even without the benefit of an external DAC.

However, this doesn’t mean that all types of DACs are created equal.

#3 How Much Should I Spend on DAC?

DAC is a category of audio devices that can range from $100 to over $1000, depending on the hardware and the manufacturer. If you’re going to buy yourself a DAC, be prepared to spend at least $1000 dollars.

While there’s no doubt that many are happy with the sound their digital speakers or headphones produce, it’s easy to see why DACs are so popular amongst audiophiles due to their ability to improve sound quality. If you’re looking for the best possible sound, then it’s a good idea to invest in a DAC.

If you’re looking for the best value for your dollar, then it’s a good idea to look for external DACs that have multiple inputs and outputs. For example, an external DAC with two headphone jacks and one optical digital output will allow you to listen through two headphones at once as well as play the signal through your home theater system.

A digital DAC can improve the quality of your digital music files and not only that but it can improve the sound of your entire system. However, this doesn’t mean that you need a DAC to get good sound from digital speakers or headphones. If you’re happy with the quality of your audio, then you should be just as happy with what digital speakers and headphones provide.