Do you know how many outlets on a 20 amp circuit are for daily power usage safety? After some research, we have got the answer here. Read on to discover!

Do you have any reservations regarding the number of outlets that your circuit can handle? Do you worry that they’ll overheat if you use numerous gadgets simultaneously?

We will talk about how many outlets are on a 20 amp circuit for everyday power usage safety. A 20 amp circuit should contain no more than ten outlets.

Although the NEC does not explicitly address the issue of restricting the number of outlets on your course, it’s critical to understand its power consumption limitations.

Let’s find out more in the next section!

How Many Outlets On A 20 Amp Circuit?

How Many Outlets Are On A 20 Amp Circuit?

Circuit breakers safeguard the circuit’s wires from overheating and overloading, which might lead to circuit degradation or even a fire. The safe key is to avoid circuit overloading by putting in too many receptacles or outlets.

A 20 amp circuit would be enough to run a couple of bedrooms. It’s a typical amp rating seen in overhead lights and outlets, as well as in a 15 amp one. Different wire diameters are suited to other amps.

A 14 gauge cable, for instance, is acceptable with the 15 amp circuit. A 20 amp circuit with a 14 gauge cable is unusual and vulnerable to overloading; therefore, a 10 or 12 gauge wire is preferable.

A circuit with a rating of 20 amps does not always indicate that the current supply is 20 amps. This value is only a guide to the maximum amount of safe electricity across the circuit.

For the number of outlets or plugs that you may install on a 20 amp circuit, you can install as many as you like. It is preferable to have numerous outlets so that you may distribute the electricity in your house evenly.

The power consumption of the multiple outlets you have added, on the other hand, might cause the cables to overheat, resulting in a fire danger or a tripped breaker. Whether you or a professional electrician planned the electrical in your house layout should include well-designed capacity planning.

What Is An Outlet?

An outlet is an electrical receptacle that is responsible for plugging in a gadget.

If you have a switch that controls the overhead lights rather than receptacles on the same circuit as power outlets, you will also regard that switch as a 1.5 amps outlet.

How Many Outlets Are On A 20 Amp Circuit?

In theory, you can use 13 gadgets to get through the 20 amps of circuit power, but it is a zero in practice.

This behavior will prevent other gadgets from receiving the power they require to start up. A circuit, which is 90% loaded might cause the breaker to trip often.

Because of this issue, the National Electrical Code recommends that breaker and circuit loads be under 80% or less.

Since unexpected power spikes from household appliances consume the residual 20%, which is a “space” inside the circuit, the 80 percent rule is required.

What Is The Best Outlet For My Circuit? 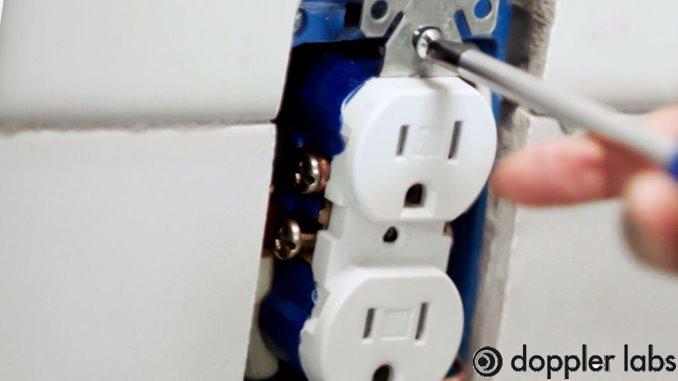 The 20 Amp Is Ideal For Heavy-Duty Devices

A decent outlet should adhere locally and nationally to electrical codes. Also, you should consider the type of socket used by your electrical equipment.

For an outlet ranging from 15 to 20 amps, it is easy to tell. Although they appear almost identical, the 20 amp outlet has a T-shaped slot on one side designed for 20 amp cables. Fifteen amps, however, feature two conventional plug holes.

Both of these outlets may connect into a 20 amp circuit. Nevertheless, as previously stated, the wire in a 20 amp circuit is thicker than that in a 15 amp circuit. Due to this wiring scenario, it is essential to watch for incompatibilities with outlets and circuits.

Do not purchase a 20 amp outlet if you presently have a 15 amp circuit. A 20 amp circuit, on the other hand, can accommodate a 15 amp receptacle without issue, which is a typical practice in most households.

Although 15 amp receptacles are less expensive and have a cleaner appearance, 20 amp outlets are preferable for most electrical equipment, particularly those that consume a lot of power.

How To Choose The Suitable Outlets For Your Home?

Here’s how to install the proper outlets for your house and needs in three easy steps.

Step 1: Determine If AFCI And GFCI Outlets Are Required

The majority of outlets in the home must have a constructed safety feature. There are two types of GFCI outlets: AFCI outlets and GFCI outlets. (There are “test” and “reset” buttons, making them easy to spot.)

However, before deciding whether you need both or only one, understand the differences between them first.

All bedrooms must have AFCI prevention. It’s not mean that any outlet in such places has to be a GFCI or AFCI. A single GFCI or AFCI outlet is responsible for safeguarding several electrical receptacles.

For instance, you’re likely to get a single-GFCI receptacle that functions as a GFCI gadget for all other outlets (including outside outlets). You may also add an AFCI breaker in the electrical panel providing AFCI protection.

Step 2: Make Sure You Have The Proper Receptacle For Your Devices And Appliances 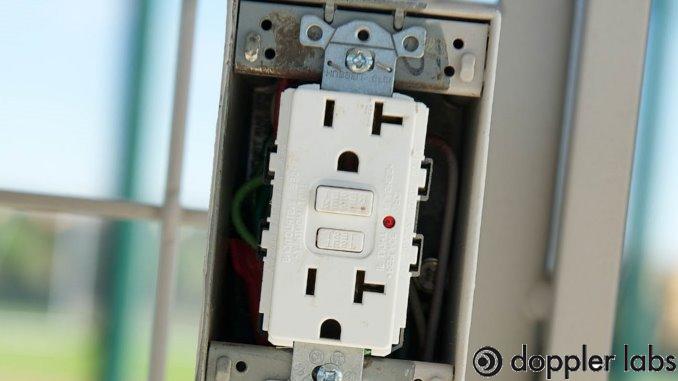 Make Sure To Have Proper Outlet

Here’re some instances of specialized outlet-compatible appliances and devices.

These appliances will require a heavy-duty outlet. Both 4-prong and 3-prong versions are available. Notice that you receive the proper power cord by inspecting it.

20-amp outlets are necessary for several medium-sized devices and power equipment. The neutral gap on these outlets is horizontal rather than vertical, as it is on a conventional 15-amp receptacle.

To install this significant outlet, the circuit and cabling should be 20 amps. Tablets, smartphones, and other smaller electronic devices are becoming increasingly popular.

Power outlets with integrated USB outlets are also available, which are helpful in the bedroom, kitchen, or anywhere else you will be charging the smartphone or other electronic devices. 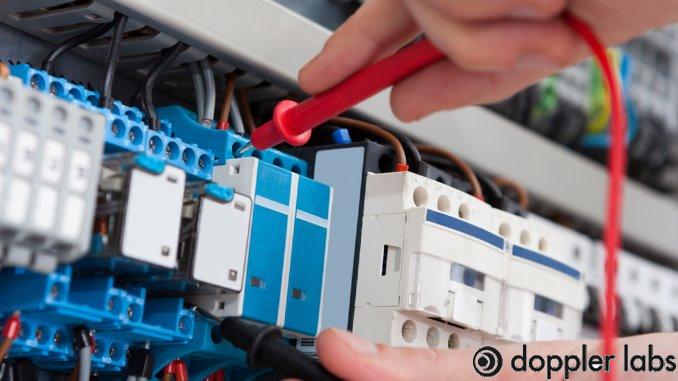 Understand Your Internal Cabling And Circuits

Finally, before adding an outlet, make sure your home is capable of handling it.

You will have to run a new wire and set up a new circuit breaker if you add an outlet for one of these devices.

If the receptacles only have two slots rather than three, you can generally tell if it’s the situation for you. If your house does not have an intercable, do not use 3-prong receptacles.

Why The NEC Keeps Silent On This Problem? 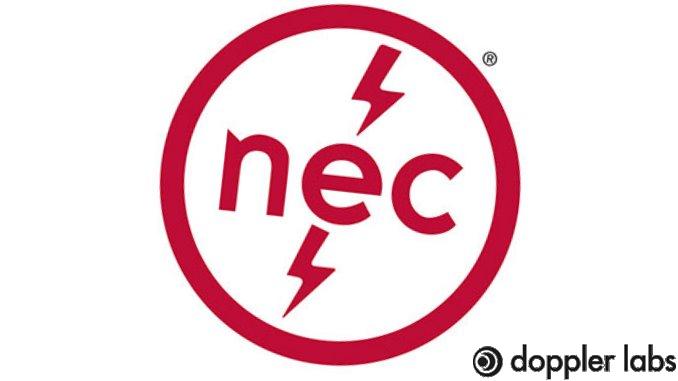 There is a reason the NEC (National Electrical Code) doesn’t specify a maximum number of receptacles per circuit. The breaker protects you in a way that it will trip if you connect in too much.

In principle, you can overcharge a breaker with a single receptacle and still keep it under the limit even if you put 50 outlets onto it. It depends on how you are plugging in, which may be a virtually unlimited number of things.

The number of outlets that you chain off the breaker is not a big deal if the breaker is functional and you’re using the appropriate cord electrical cable is acceptable for 15 amps.

Still, you’ll need the more costly yellow-sheathed line for 20 amps. If you push the system too far, it will defend you.

If you have more than 13 outlets on one breaker, your house will not burn down. However, if you do not want to be continually blowing fuses, following these principles is beneficial to your life quality.

Here are some related questions we have collected while researching this field, which may benefit you.

1. Can You Put Light And Outlet On The Same Circuit?

You may connect lights and outlets to the same circuit to distribute the load among overhead lights, which use less energy, and outlets, which include gadgets requiring a lot more.

2. What Gauge Wire Is Needed For A 20 Amp Circuit? 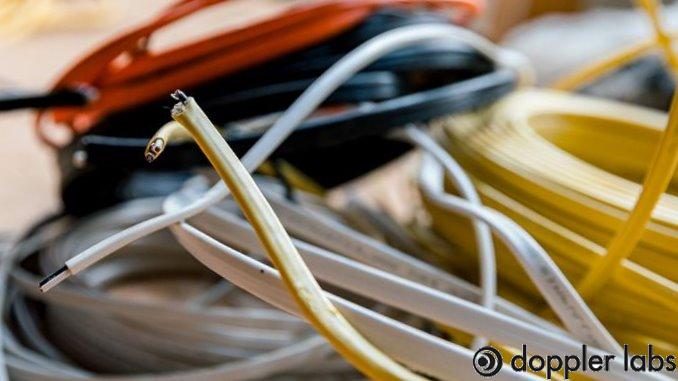 A 20 amp circuit requires a 12 gauge wire to accommodate the load. The 12 gauge cable is thicker than the 14 and can handle 20 amps of electricity when drawn simultaneously. If you use a thinner 14 gauge cable, you risk overheating and potentially catching fire.

3. What To Do If Your 20 Amp Circuit Is Overloaded? 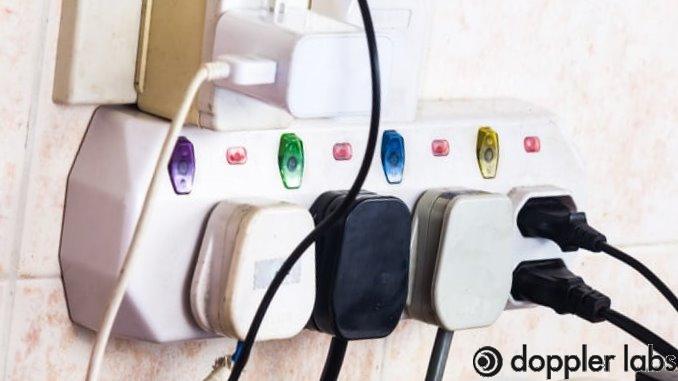 Too Many Outlets On A Circuit

You have too many outlets on the same 20 amp circuit if you live in an older house with a less-than-ideal wiring arrangement.

First, determine what you can disconnect from many outlets or avoid using too many gadgets at once. However, this isn’t always a practical approach to minimize your circuit’s amount of current consumed.

In our house, we experienced an overload since two toilets linked to the same circuit. Wire nuts might be melting in residence with many people using a restroom and in some cases using a hairdryer simultaneously, creating a dangerous scenario.

The solution was to run an individual 12 gauge cable from one of the toilets to a 20 amp breaker. It quickly fixed the issue and made the house a much safer place to be.

4. What Is A Circuit Breaker? 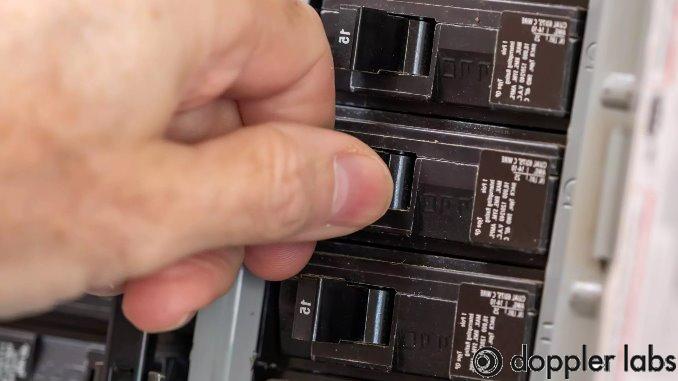 A 20 amp circuit breaker is quite valuable in your home. It’s essentially a safety device built into your home’s electrical panel. Its primary function is to turn off the electricity to the outlet whenever the current traveling through it is too high.

If you use many devices that use a lot of currents, you can overload the breaker. It should not be managing more than 80percent of the total current that it is rated to withstand.

As a result, the total current drawn by a 20 amp electrical wiring should not exceed 16 amps. It guarantees that the breaker can handle any power surge caused by an air conditioning unit or energy saw turning on.

Before you do anything, have a look at your house’s electrical performance. Your current breaker is tripping for a variety of reasons. An overloaded circuit, a short circuit,  or an old breaker are all possibilities.

Let’s assume, on the other hand, you are free of those issues, and your breaker is too miniature for your appliances’ loading requirements. If it’s the case, your house’s overall current surpasses the circuit breaker’s 15 amp limit.

If your circuit breaker has a lower amperage capacity than the 20 amp circuit, you should replace it with a greater limit. It’s OK to do so, but notice that a competent electrician does it.

You are placing yourself and the property at significant risk if you replace your breaker without the assistance of a qualified repairman.

Additionally, you can rely on this video to understand the number of outlets on one 20 amp circuit breaker.

“How many outlets on a 20 amp circuit?” The answer is 10. Follow the 80 percent circuit and breaker load regulation, which allows for an ultimate capacity of 1.5 amps per outlet.

To minimize overloading and electrical dangers, make sure your circuit, wire diameters, and outlets are suitable. Also, carefully distribute the many outlets of one 20 amp circuit throughout the home.

Thank you for reading!