Despite the big ambition of its creator, Apple Music is still not the biggest player in the music streaming market. That title belongs to Spotify, which has almost a double number of subscriptions. But for a service that hasn’t around for long and came into the market when it was already dominated by an established competitor, this is still an impressive feat.

This growth in the customer base of Apple Music doesn’t happen for no reason. What is so attractive about it that keeps luring people and eating away the market share of other providers? Let’s find out with us through this Apple Music Review.

If you want to try out this music streaming service, Apple has laid down everything with clear steps so you can start immediately.

Like other services from this Californian company, it requires an Apple ID, so for owners of iOS devices, this means no new account signup is needed. And even if you are currently using other devices and operating systems, this should still not be a hassle. As a result, you can listen to Apple Music through various streaming devices, including smart speakers like Amazon Echo and smart TVs. 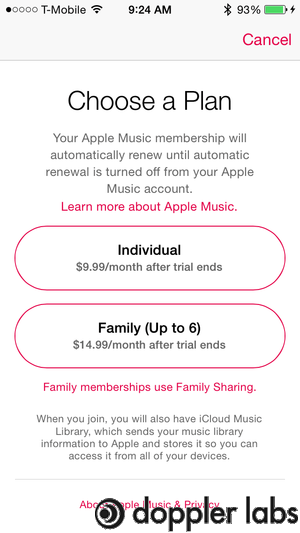 As a gift for new users, Apple will give you a free 3-month trial before you officially subscribe to Apple Music, which is an incredibly generous offer if you remember that other competing services like Spotify usually come with a standard 1-month trial. This gives you plenty of time to explore the music library and get used to its app before you make the final decision on the Apple Music subscription.

After this long trial, Apple Music will start to charge you monthly at $9.99 for individual membership, $4.49 for the Student Plan, and $14.99 for the Family plan, via various payment options including credit cards and Paypal. No matter which plans you opt for, Apple Music gives you access to offline playback, ad-free videos, and 24/7 human-curated radio channels.

This pricing is similar to Spotify Premium – the leading player on the music streaming market. With no long list of different tiers and no hidden fees, the subscription plan of Apple Music is simple to understand – a bonus in the world of complicated pricing systems.

But unlike Spotify, there is no free tier with which you can have a way to enjoy music without paying any fee. 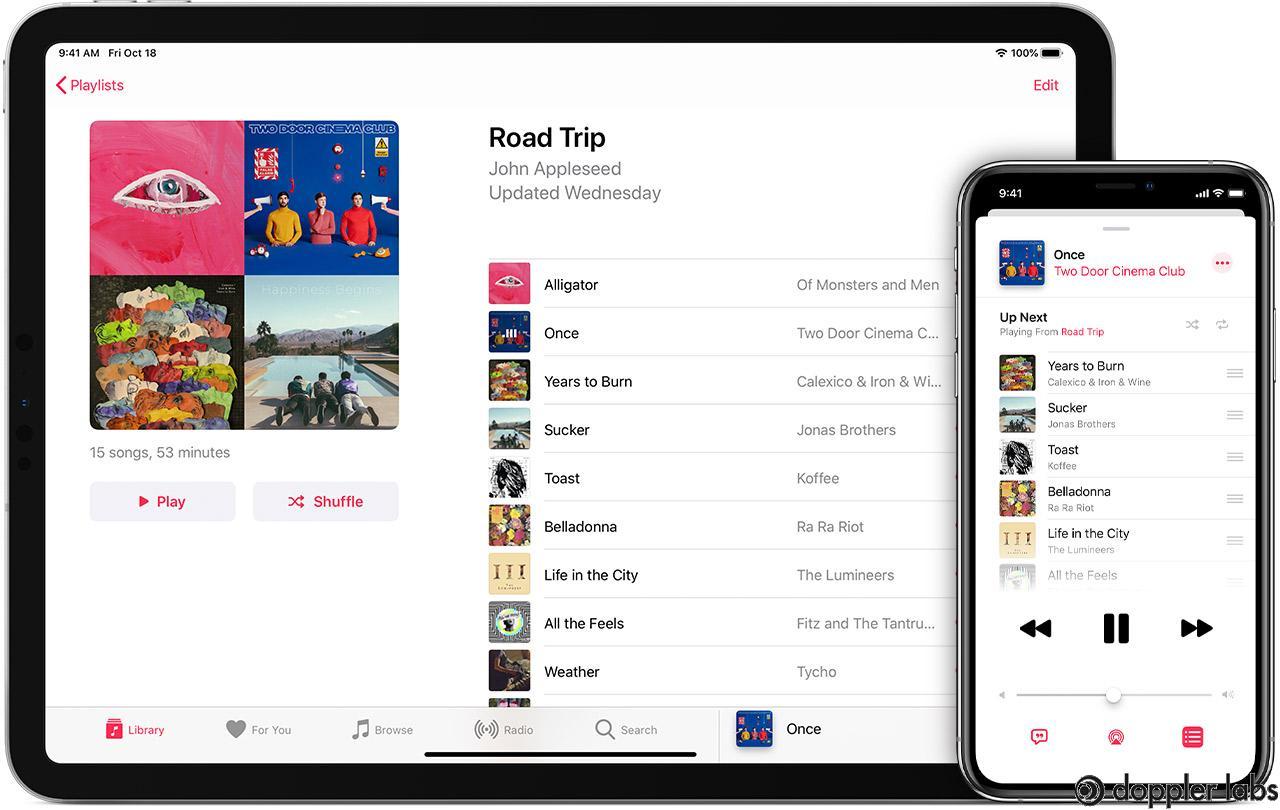 Apple Music has a huge catalog

At the time of writing, there are approximately 50 million songs in the library, which span over a wide range of genres and periods. Apple promises that number will keep growing as it’s still trying to negotiate with artists and their labels to add more of their works into this service.

This is on par with Spotify, Amazon Music, Youtube Music, and Google Play Music – its primary rivals. However, you may notice that some artists are still not Apple Music yet, especially if you come from the iTunes store – the traditional music platform that consists of more than 60 million songs in its catalogs. Still, the music library should be enough to cover your needs as a big fan of music.

As the time people spend on digital devices increases, Apple Music and other services keep adding other kinds of content into their packages besides traditional songs, albums and playlists.

Nowadays, don’t be surprised when you come across standup tracks from top comedians like Daniel Tosh, Katt Williams, and Joe Rogan. This is a great opportunity to listen to something else in case you need a small break from music.

On top of that, Apple Music 1 (formerly Beats 1), the flagship live radio station of Apple, is also worth mentioning for its human-curated content in addition to artist interviews. If you have a liking for music videos, Apple Music has plenty of them for you, which are also tailored to your listening preferences.

The only thing that seems to be missing on this Apple service is podcasts – a new frontier of content streaming providers. Even Spotify has recently invested heavily in this area in order to lure many more customers into its platform.

The reason for this lacking in built-in feature is simple: Apple already has a separate app for this – Apple Podcasts. While it’s totally understandable why Apple wants to split off its content across different apps, this is still a huge letdown for those who love to consume all their favorite content on a single app. This is even a bigger disappointment if you don’t own any Apple devices and therefore can’t access the Podcasts app.

Even though Apple doesn’t offer lossless tracks like niche providers like Tidal, its sound quality is still fine for most fans of music. Apple Music uses the AAC codec instead of Ogg Vorbis to stream its content at a bitrate of 256Kbps, a bit lower than 320Kbps streams of Spotify. But you won’t likely to notice any difference unless you are a hardcore audiophile who is equipped with high-end headphones and speakers.

Even though Apple has always been known for its minimalist designs, the user interface of Apple Music app that you can install from app stores was not very intuitive in the first releases. But over time, there have been big improvements in the mobile experience with a less cumbersome layout.

The default page is the music library, from which you can start to navigate across the rest of the app: from Songs, Artists, Albums, Playlists, and Downloaded Music. This offline listening will save you a lot of precious mobile data when you plan to listen to your favorite artists on the go. On the For You tab, you can browse the personalized playlists that Apple has created based on your listening habits, making it a great way to discover new music. However, as many users who have used both this and the similar Spotify’s Discovery, what Apple offers is still not on the same level as the recommendations from Spotify.

Apple doesn’t forget to integrate its in-house voice assistant Siri into Apple Music. If you are using an Apple device, you can command Siri to play any tracks or albums you like, as long as they’re available on this platform.

Apple Music is an interesting product from Apple as its one of the first forays into the music’s content and service market. Apple doesn’t hide its ultimate goal when it’s offering the same plans and music catalog as Spotify – the biggest competitor. And with the advantage coming from its existing products, Apple Music has the edge when it comes to Siri and Apple devices integration.

Hopefully, this Apple Music Review has informed you with all you need to know about it.

One thought on “Apple Music Review: A Strong Competitor For Spotify’s Leading Position”